A bit too tired to string a sentence together. Day 2 was hooking up with old friends and collegues day. And finding out the latest gossip in the European fitness world.
There were some really jucicy things discovered...I´ll keep you posted. 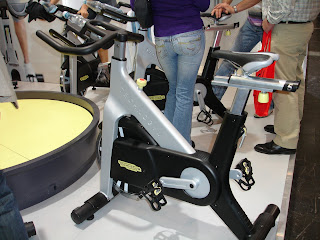 Technogym has finally launched their own spinning bike. Not bad. 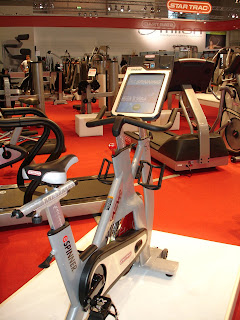 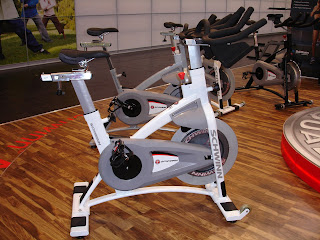 Launched at FIBO, Schwinn´s new indoor bike. With magnets instead of a braking system (no squeeling), an aluminium frame, adjustable handlebar (fore and aft) and a medium sized screen in the middle of the handlebar, giving you cadence/watts/etc. 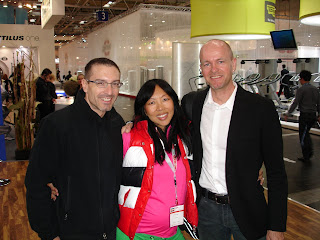 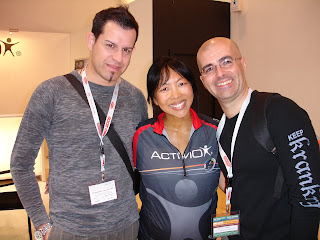 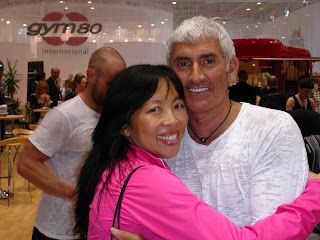 The One. The Only. The Original - Johnny G.
Founder of SPINNING & Kranking.
Friend and mad source of inspiration. 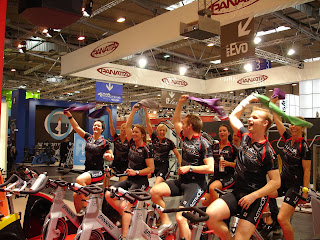 This is how happy the team was after the last show of the day.
Showing off the beautiful yogitoes-towels we kindly were given by yogitoes US.


...and finally...KRANKING.
Check out the power of Mike Michels (on stage). A great friend and former collegue from LA. How do the Americans do it? Year after year they make us Europeans look like unfit, untrained couch-potatoes...

mojo
Johanna Andersson (Jo): The further i go along in life, the more i realize that i really don't know much. i am still healing, i still make mistakes, i get back up, i learn, i evolve... i've conquered hills, but i still have mountains to climb. i do know that no matter what it is, every single thing in this life-- everything in this universe-- will pass...and there's nothing we can do about that. so i'm learning how to surrender to the mystery and release the need for control. i'm learning how to let go and LOVE! ................................................... Monika Björn (Mo): I celebrate life through spending time with people I love, people who make me a better person and people who contribute to others just by being themselves. My passions are movement, music, beauty, entrepreneurship and the freedom of choice...

For PRIVATES
Tuesday-Friday
E-mail me on jira@me.com

Promote Your Page Too